Boston Calling, the acclaimed three-day festival poised to make its triumphant return to Allston, MA this Memorial Day Weekend, May 27 – 29, 2022, announces its full lineup today. Headlining the festival are rock & roll icons Metallica; alternative rockers The Strokes, playing their first show in Boston since 2006; and Rock & Roll Hall of Famers Foo Fighters. These three powerful rock bands will lead a lineup of over 50 performers, including the largest collection of regional talent ever to take the stage at Boston Calling. The 2022 bill features an incredibly diverse mix of globally recognized music stars, including Rüfüs Du Sol, Weezer, HAIM, Run The Jewels, Glass Animals, King Gizzard & The Lizard Wizard, Avril Lavigne, Black Pumas, Modest Mouse, Goose, Cheap Trick, Oliver Tree, EARTHGANG, Orville Peck, The Struts, and many more. The full lineup can be found below.

“We are so thrilled to bring Boston Calling back, and we cannot thank our loyal fans enough for supporting us as we navigated the pandemic. This year’s lineup is particularly special for us. It not only signifies a return to the things we love, but it also celebrates some of the world’s most renowned acts, exciting up-and-comers, and Boston’s talented music scene. Knowing how much Boston musicians endured during the pandemic, it was very important to us that Boston Calling 2022 shine a spotlight on local and regional artists more than ever before. We are really looking forward to seeing everyone come together on Memorial Day Weekend,” said Boston Calling Events, LLC (BCE), Co-Founder and Chief Executive Officer, Brian Appel.

Boston Calling once again promises an exceptional experience, from it’s iconic mix of musical performances to it’s commitment to showcasing new forms of entertainment and extensive food and drink offerings.

More details on The Arena, as well as on the festival’s food and drink components, will be announced in the coming months.

More information can be found at the festival’s website here.

The day-by-day lineup for Boston Calling 2022 is as follows (performance times are forthcoming): 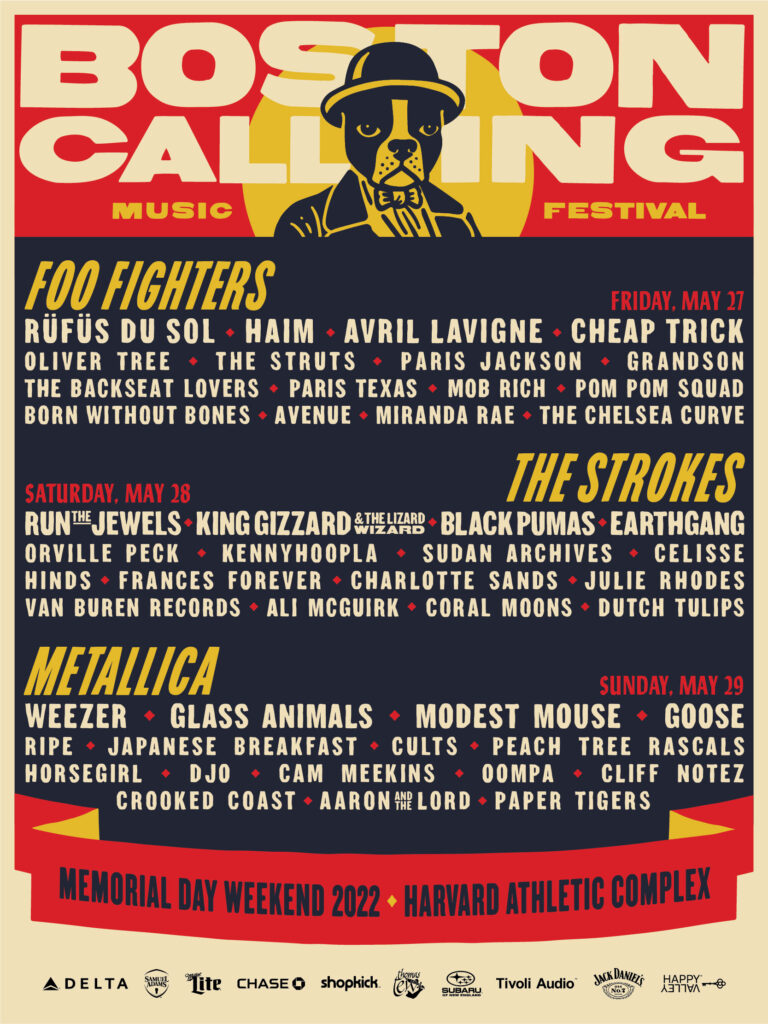